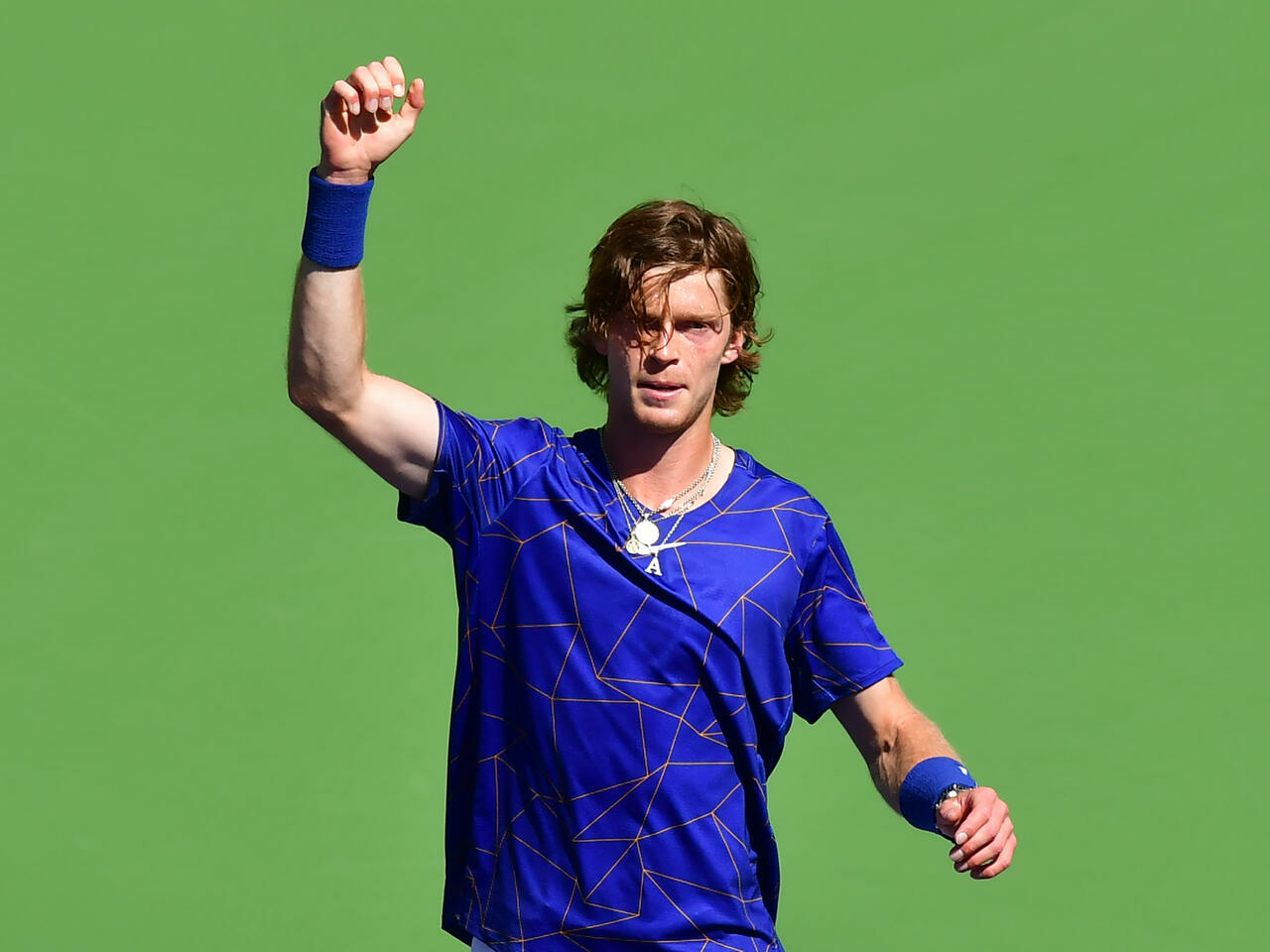 Three weeks after his emotional plea for peace in the wake of Russia’s invasion of Ukraine, Russian tennis player Andrey Rublev still hopes sport can somehow remain aloof from the conflict.

Rublev along with other Russian and Belarussian players at the Indian Wells WTA and ATP Masters are not allowed to compete under the name or flag of their countries.

The guidelines were issued by the sport’s global governing bodies on March 1 when they ruled the players could continue to take part in ATP, WTA and Grand Slam events “for the time being.”

The measure has drawn mixed reviews, with some Ukrainian players, including Marta Kostyuk, saying it didn’t go far enough.

Rublev and Anastasia Pavlyuchenkova have been among the few Russian tennis players to speak out specifically against the conflict in Ukraine.

Others have been less outspoken, including world number two Daniil Medvedev, who deplored war but said he didn’t want to address “who is guilty or of the problem itself.”

Amid the tensions, Rublev said Friday he still thought sports could provide a valuable example of unity.

“Of course, it’s terrible that’s what’s happening,” said the 24-year-old from Moscow. “I feel really bad for everyone. I think that’s why sport have to be example, we have to be united, we need to be outside politic, to show an example at least inside of sport.

“I think that would be a good message for a better world.”

Rublev said he’s been selective on what media he’s monitoring amid the flood of information about the invasion, which has been widely condemned and seen more than 3.25 million refugees flee Ukraine.

But he was aware that British Sports minister Nigel Huddleston had suggested that Russian players should be banned from Wimbledon if they refuse to “denounce” Russian President Vladimir Putin’s invasion.

“Talking about the British government, it’s like I said, I think we should show a great example that tennis should be outside of politics,” Rublev said.

Rublev, who is through to the Indian Wells semi-finals as he tries to add to titles won already this year in Marseille and Dubai, said he wasn’t expecting the huge response to his “No War” message in Dubai — scrawled on a camera lens at the tournament.

“I was not even thinking how many people will see this or where it will go or something,” he said. “I just wrote what I feel in that moment. That’s it.

“After this, somehow it gets over 22 million views. I think I was one of the first sportsmen in the world who say this.”