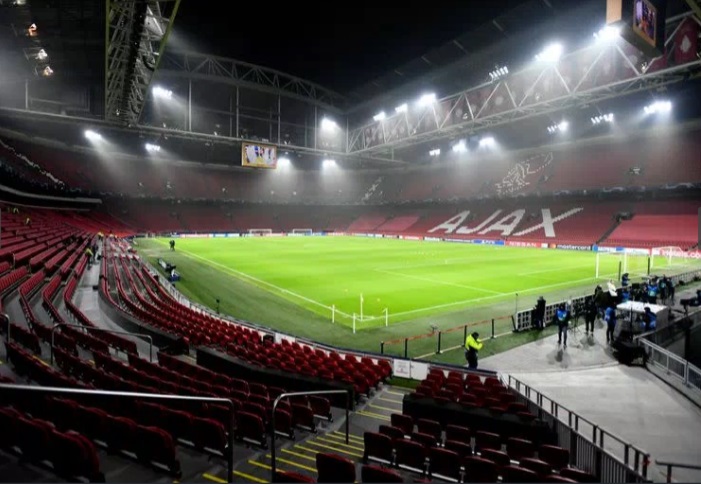 AMSTERDAM, April 7 (Reuters) – Euro 2020 games in Amsterdam are expected to be played with at least 12,000 spectators in the stands, the Dutch football association (KNVB) said on Wednesday.

The Johan Cruijff Arena in Amsterdam could be used at 25% of its capacity or more in June, depending on the state of the COVID-19 pandemic, the KNVB said in a joint statement with the Dutch government and the city of Amsterdam.

The exact amount of fans allowed in will be determined at a later stage by the Dutch government, which on Wednesday warned that a large COVID-19 outbreak in the weeks before the tournament could still mean that the audience would be reduced.

All spectators will need to test negative for COVID-19 shortly before the game and will have to adhere to a strict safety protocol inside the stadium.

The Dutch national team will play its three first-round matches in Amsterdam, against Ukraine on June 13, Austria on June 17 and North Macedonia on June 21. A second-round match will also be played in the Dutch capital, on June 26.

Coronavirus infections in the Netherlands have risen to their highest levels since January in recent weeks despite a broad lockdown, in which bars and restaurants have been closed for five months and public gatherings of more than two people are banned.

Infections showed their first weekly drop in almost two months, however, in the week through Tuesday.

Sumit Nagal loses in 1st round at ATP 250 event in Italy.
This year’s French Open has been postponed by a week due to the COVID-19 pandemic and will begin on May 30, the French Tennis Federation (FFT) said on Thursday.