Amid coups and Covid-19, Africa focuses on what’s most important: Football 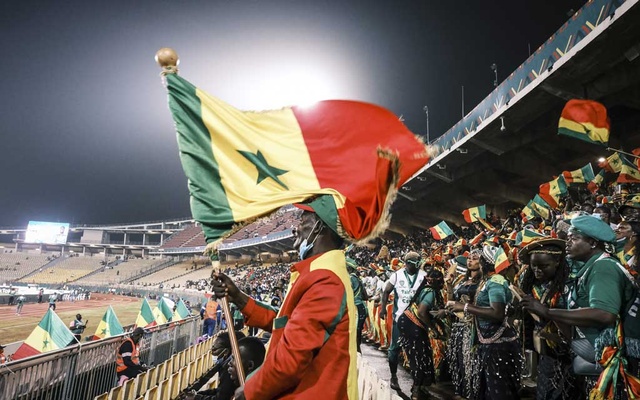 Yaounde, Cameroon: She had watched some of the matches secretly, volume turned down low so that nobody would report her. She had seen the threats, and knew that she could be kidnapped or killed for watching the African football tournament that her country, Cameroon, was hosting.

But she was fed up with containing her excitement each time Cameroon scored, so on Wednesday, Ruth, who lives in a region at war where secessionist rebels have forbidden watching the games, secretly traveled to the capital, Yaoundé, to support her team in person.

“I’d love to scream, if it’s possible,” she said on Thursday, after safely reaching Yaoundé, while getting ready for the big game. “I decided to take the risk.”

African football is nearing the end of what everyone agrees has been a magnificent month. The 52 games in this year’s much-delayed Africa Cup of Nations tournament have brought some respite for countries going through major political upheaval or war, and those weathering the disruption and hardship wrought by Covid.

For a while, it was the year of the underdogs. Small nations like Comoros and Gambia defeated normally mighty teams like Ghana and Tunisia, and a goalkeeper named Jesus became an instant hero in Equatorial Guinea when he saved twice in a penalty shootout against the far bigger Mali.

Then it became a fight between bigger dogs — the last four countries were Egypt, Cameroon, Senegal and Burkina Faso. But even as nations have dropped out, fans have switched allegiances to other countries, citing a culture of brotherhood that transcends borders.

Across the continent, in packed bars, airports and village clearings and on city sidewalks, each time there is a match, clusters of spectators open beers and make glasses of strong, sweet tea, pull up plastic chairs and rough wooden benches, and settle in for 90 minutes of nail-biting delight.

When their team won the day after the coup last week in Burkina Faso, Burkinabe soldiers back home danced with joy. When Senegal then beat Burkina Faso in the semifinal on Wednesday night, Dakar’s streets were filled with cars honking and flags waving. Online, after every match, thousands of people flock to Twitter Spaces to jointly dissect what happened.

Bitterly split countries have come together, however briefly, and the solidarity — person to person, group to group, region to region — is palpable. Even in Cameroon, where a deadly conflict has been raging since late 2016, football has brought people together.

The crisis there started when teachers and lawyers in an English-speaking region in the west went on strike to protest the use of French in courts and classrooms. The repressive, mostly francophone government responded with a harsh crackdown. Human rights abuses by the military helped fuel a fully-fledged armed struggle by English-speaking fighters known as Amba boys, after Ambazonia, the name they have given their would-be state.

The separatists have warned people there not to watch Afcon, as the football tournament is known, and certainly not to support Cameroon. But many anglophones like Ruth — a government worker who asked to be identified by only her first name to protect her from retribution — have defied the risk and have traveled to majority francophone cities to attend matches.

“We may not be a very united nation, but I think this one thing brings us together,” Ruth said, adding that it was common knowledge that even as they threatened, kidnapped and tortured other spectators, the Amba fighters were watching the tournament in their camps.

Afcon is special. Players who are relatively unknown outside their countries’ borders play alongside multimillionaire stars from the world’s most elite teams who take time off to represent their countries, right in the middle of the European season.

It is all worth it, Mohamed Salah, Egypt’s star player, said last week in a news conference before his team met, and tied, with Ivory Coast.

“This trophy, for me, would be completely different to others I’ve won,” said Mr. Salah, a player who has won both the Premier League and the Champions League with his other team, Liverpool Football Club. “It would be the closest one to my heart.” One country that has managed to focus on football despite a major crisis back home is Burkina Faso. While the Burkinabe players and fans were about to set off for the quarterfinal, the military overthrew their government.

“It wasn’t easy,” said Sambo Diallo, a fan standing with his arms out in a Yaoundé hotel bursting with fans from Burkina Faso, as a friend painted his entire head, face and torso with his country’s flag. “We weren’t happy, but we had to be brave.”

Despite the anxiety about their families at home, Burkina Faso’s players won that quarterfinal. Still on a high, a green bus full of cheering Burkina Faso fans who had followed their squad around the country rolled into Yaoundé on Wednesday afternoon. Their team was about to meet Senegal in the semis.

Football had obviously brought the Senegalese team together, the jewel in its crown one of the biggest stars on the continent, Sadio Mané, who also plays for Liverpool.

But it also knit together another team of seven young men, one that traveled with the players wherever they went. Every match, each member paints his chest with a letter that, when they all stand next to each other, spells out S-E-N-E-G-A-L.

These are men of very different fortunes from the players’: In their lives back home, they are builders, clerks and street hawkers who earn little but drop everything whenever their country needs them to take up their mantle of body paint.

And they support each other. While they have been in Cameroon, one of them, the first E, missed the birth of his son, on the day that Senegal beat Cape Verde. But the others pitched in to pay for the baptism party back home in Dakar, which took place the day of the Senegal-Burkina Faso match. And a few years ago, the A lost his wife, and sometimes he goes off by himself to cry a little. But the others are on the case — they are all trying to find him a new girlfriend to cheer him up.

In matching red, yellow and green caps and pants, the seven letters warmed up the crowd on Wednesday with call-and-response chants of “Senegal — Rek!” — “Only Senegal” in the Wolof language.

“Two-nil!” shouted Babacar Sylla, who has been the N since 2004. That was the score he wanted. Hopes were high on both sides.

“If we win, I’ll take the cup back to Burkina Faso myself,” yelled Aminatou Nougtara, who is Burkinabe but lives in Cameroon, and came with her daughter Soukaina to support the team.

“With the coup and the terrorism and everything, this will bring people back home a bit of relief,” said Abdou Moumini, a Burkina Faso fan, at halftime, the score standing at 0-0. But in the end, Senegal prevailed, 3-1, and will face Egypt in Sunday’s final.

Over a beer at Chez Tonton Andre, a bar at a busy Yaoundé intersection, Ghejung Awunti, a regional commissioner for the English-speaking northwest region, chatted with two of his colleagues. They had come at considerable risk to Yaoundé to watch Cameroon play — the vice president of the regional assembly they worked for had been kidnapped in December.

But, he said, “Football goes beyond politics.”

Ruth managed to get tickets to see Cameroon play Egypt in Thursday’s semifinal at the new, multicolored Olembe Stadium built for the tournament, and where on Jan. 24 eight people died in a stampede. But she got stuck in heavy traffic on her way, and could not make it in time for kickoff. So she ducked into a bar and watched the match there.

Cameroon lost, 3-1, on penalty kicks. “It was still worth it because I could watch with excited fans,” she said.

And she screamed and shouted a lot.