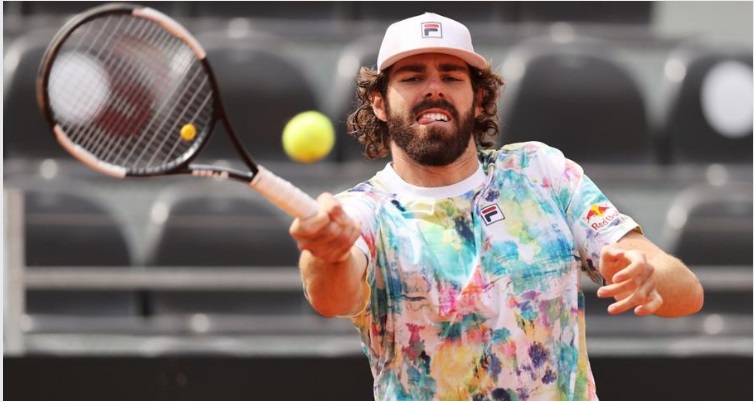 American Reilly Opelka booked a spot in his first Master’s semifinal on Friday with a straight-sets win over Argentine qualifier Federico Delbonis in the Italian Open.

The 23-year-old will next meet either nine-time Rome winner Rafael Nadal, the number two seed, or Germany’s Alexander Zverev, the 2017 champion, for a place in the final.

The Life of Reilly!

“I’m surprised, clay’s not really my thing, not an American thing, it’s probably just a fluke,” said the player from Michigan.

“I’ve served well especially at big moments, that’s been key, I stayed calm,” continued Opelka, who has hit nearly 80 aces this week in the Foro Italico.

“I’ve made some adjustments on my serve recently and it has paid off.”

Opelka, who arrived in Rome on a six-match losing streak, has been on the comeback after a slump in form having suffered from Covid-19 earlier this year.

“I’d only played one tournament on clay. I had Covid. I wish I could use that as an excuse, but I just didn’t play well.”

"Clay is not really my thing. Not much of an American thing!"

You're sure making it your thing in Rome, @ReillyOpelka! 💪😅#IBI21 pic.twitter.com/7hg1HhX6MC