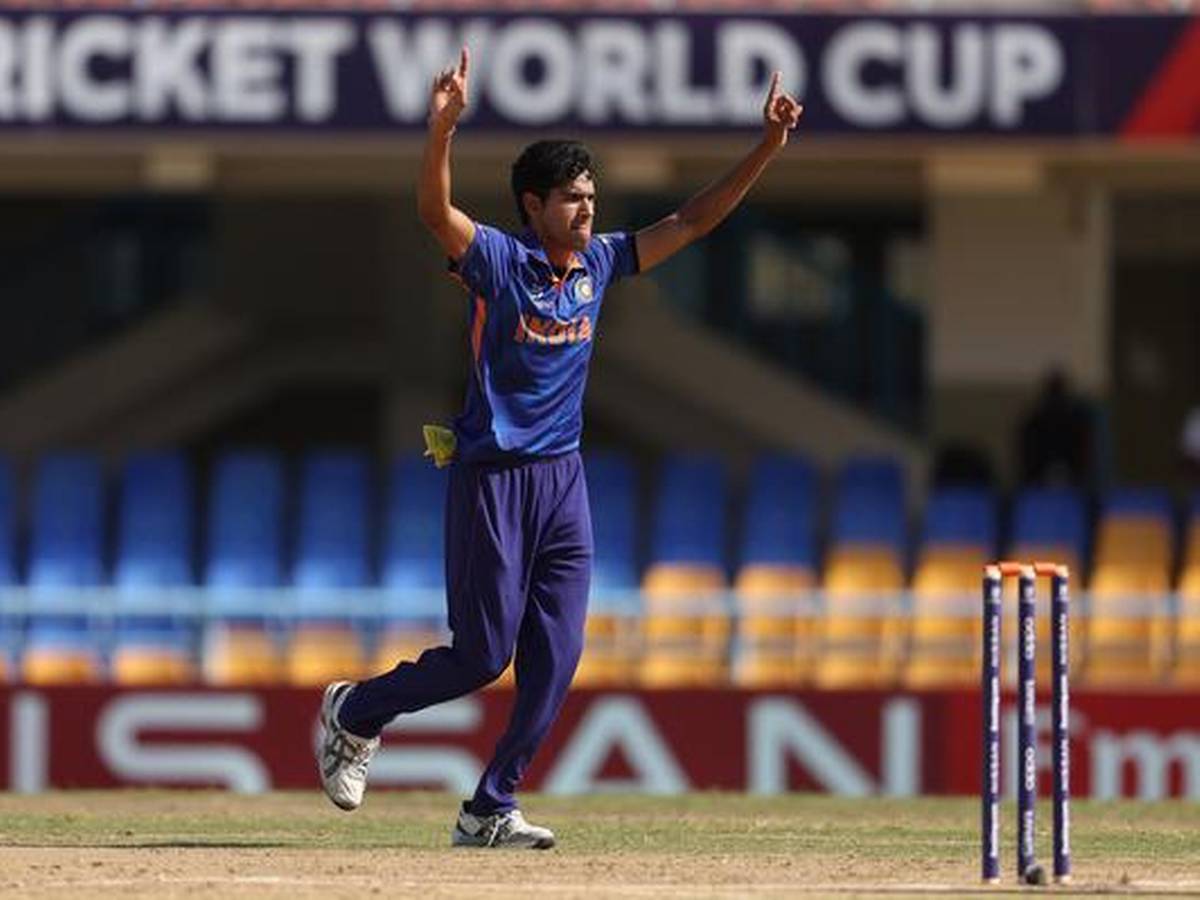 Rajvardhan Hangargekar, the allrounder whose exploits in India’s triumphant run in the Under-19 World Cup, has been accused of fudging age by the Sports Ministry of the Maharashtra state government.

“The conduct of the Mr Rajvardhan Hangargekar is against the sports integrity and ethics. lt deprives fair play and results into damages to the reputation of the nation. Therefore, you are requested to take strict action in accordance with the law,” wrote Om Prakash Bakoria, the Commissioner of Sports and Youth Services of Maharashtra State, in a letter to BCCI secretary Jay Shah on February 8.Hangargekar hails from Tuljapur, a religious town in Osmanbad district of Maharashtra’s Marathwada region. According to Bakoria’s letter, based on the investigations conducted by the Zilla Parishad CEO of Osmanabad, Hangargekar’s date of birth was changed from January 10, 2001 to November 10, 2002 manually by the headmaster of his school in the eighth standard.

“lf the Head Master requires any corrections in birth date, it is neeessary to take prior permission of Education ofiicer of concerned district. However, no such pemnission has been taken for making changes in the birth date of Mr. Rajvardhan Hangargekar from 10/01/2001 to 10/11/2002 by the Head Master of Terna Public Scfrool, Osmanabad,” writes Bakoria, adding.

“As per the report of Chief Executive Ofiicer (lAS), Zilla Parishad, Osmanabad, the birth date of said player is 10/01/2001 and therefore, he has completed 21 years of age at the time of tournament.”Hangargekar, who was recruited by Chennai Super Kings for Rs. 1.5 crore during the last week’s IPL Auction, remained unavailable for a comment since he is tending to his ailing mother in his native place.

Despite the allegation, the BCCI is unlikely to initiate any action since it follows age-verification protocol based on bone test conducted on a player at the time of his initiation into the age-group inter-state system. A BCCI insider confirmed that when he first represented Maharashtra in Under-16 in 2016-17, the TW3 test confirmed that Hangargekar’s age was at par with the documents.