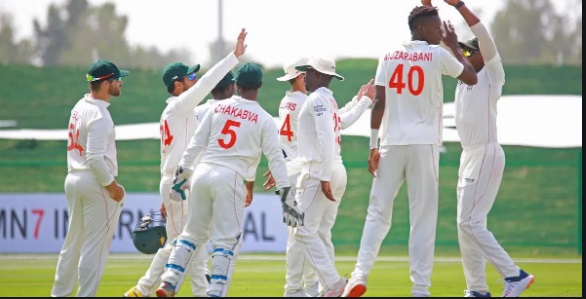 The 2nd test match between Afghanistan vs Zimbabwe is underway at Sheikh Zayed Stadium, Abu Dhabi. Asghar Afghan and Co are batting first. They lost two wickets in form of Javed Ahmadi and Rahmat Shah (run-out) in the opening session. Later, Ibrahim Zadran departed after smashing his consecutive half-century.

A day that completely belongs to the Afghans after putting the right foot on the ground first. After winning the toss and deciding the bat first, Afghanistan is off towards a big first innings total. The captain himself, Asghar Afghan took the control of the steering and notched up his century to ensure that Afghanistan remained on top at the end of Day 1. Alongside his captain, Hashmatullah remained unbeaten on 86 and both the batsmen will take the guard on Day 2 for Afghanistan.