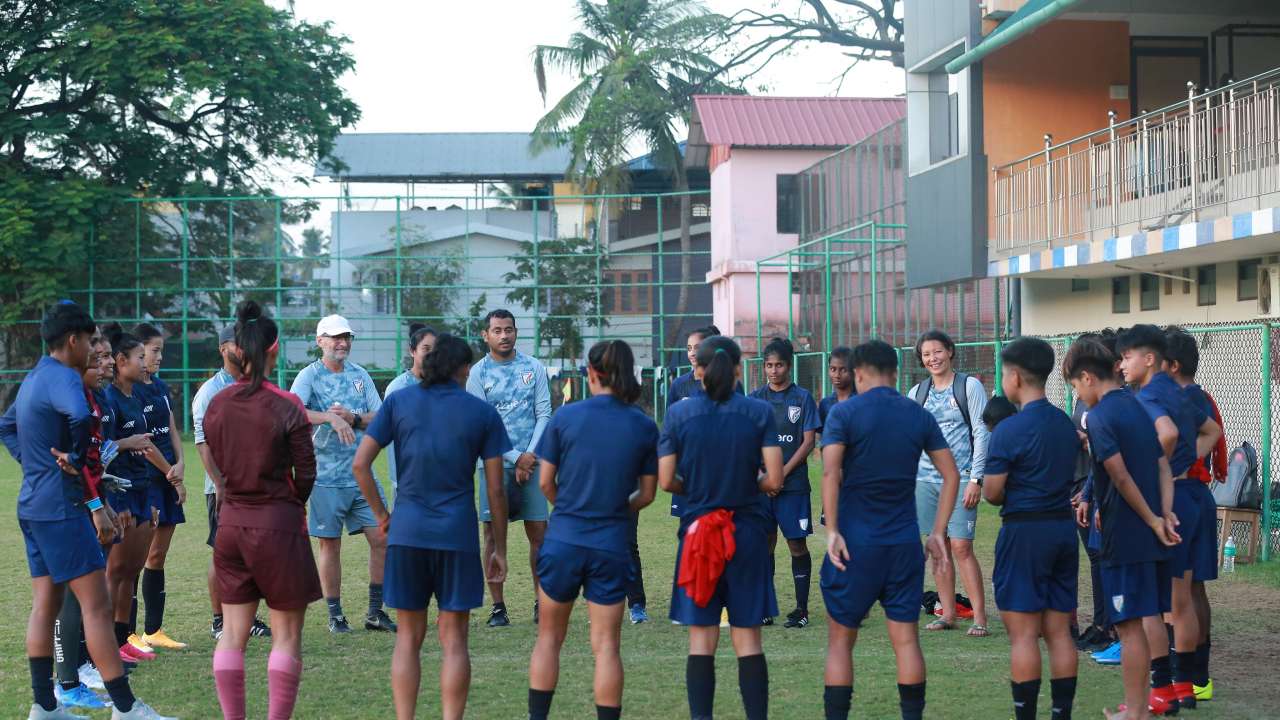 COVID-19 breached the Indian women’s football team’s bio-security bubble in Mumbai on Wednesday ahead of the AFC Women’s Asian Cup with two members testing positive for the virus, forcing the organisers to shift them to a medical facility for isolation. “Two members of the Indian Women’s Senior National Team for the AFC Women’s Asian Cup India 2022 have tested positive for COVID-19, and are currently in isolation at a designated medical care facility,” the All India Football Federation (AIFF) tweeted. “The AIFF prioritises the health and safety of its players, and are following all the necessary health protocols as have been laid down by the AFC,” the organising federation wrote in another tweet.

One of the members (a player) would have featured in the starting XI in the campaign opener against Iran, a source close to the AIFF said.

Hosts India open their campaign in the continental showpiece against Iran at the DY Patil Stadium in Navi Mumbai on Thursday.

The two positive cases will not threaten the tournament as AIFF president Praful Patel on Monday said that matches will not be cancelled if 13 players are available in each of the two competing teams.

Patel, who is also the chairman of the Local Organising Committee (LOC), said that contingency plans have been put in place to deal with any situation in case participating team members are infected by the virus.

“The affected player or players will be isolated but the teams will be fielded as long as 13 players (in each team) are available,” said Patel.

All the 12 participating teams have named 23-member squads for the tournament.

The tournament assumes significance as the top-five finishers will book a place in the 2023 FIFA Women’s World Cup.

India are grouped with China, Chinese Taipei and Iran in Group A.

Due to the ongoing pandemic, strict health and safety protocols have been put in place for the tournament.

All the 12 participating teams are staying inside a strict bio-bubble and everyone involved in the tournament, including all players and officials are required to undergo regular COVID-19 tests.

All the staff working in the team hotels will also be in the bio-bubble and will not physically interact with anyone outside the bubble.

Same goes for the bus drivers who will ferry the teams for training and matches. They have also been provided accommodation inside the bubble.