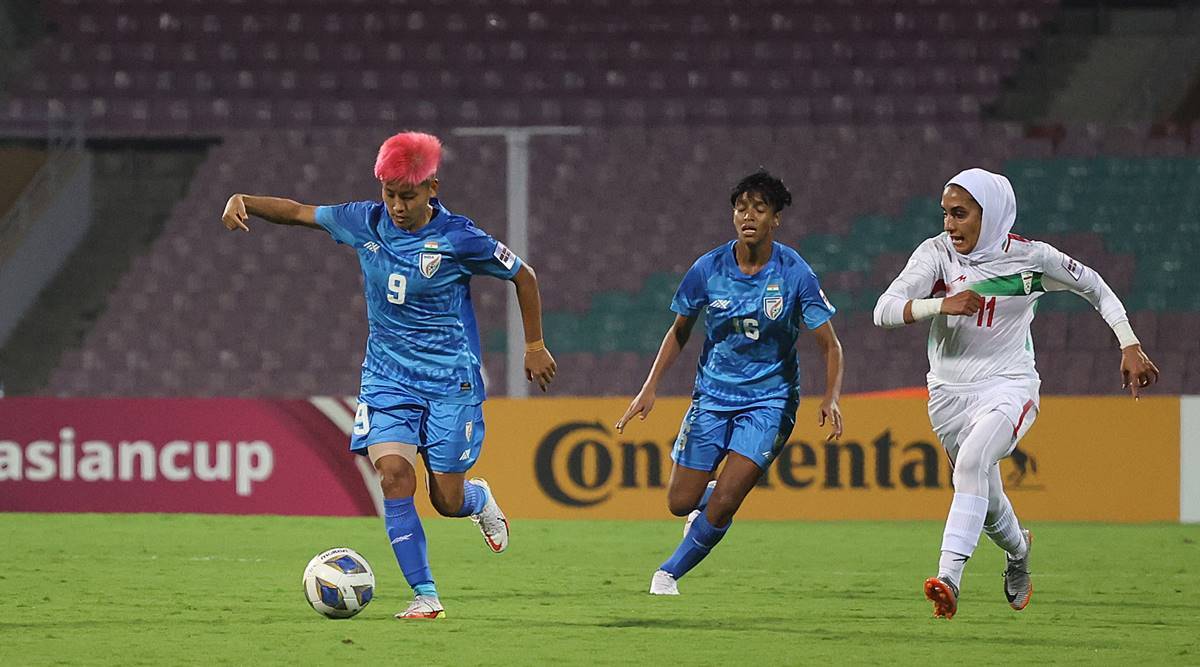 The Indian women’s team wasted innumerable chances in a completely dominating performance as Iran held them to a goalless draw in their Asian Cup opening match on Thursday. Iran were the better side in the opening minutes during which they got two scoring chances, including a hit on the crossbar, but the home side took control of the Group A match midway into the first half and dominated till the end. India dished out a fine display of passing football in the second half about which head coach Thomas Dennerby spoke eloquently. But they were unlucky not to have scored any goal and win the match.

As India pressed for a goal, Iran defended doggedly as they faced a deluge of attacks. The Indians were all over — crosses, shots, toe-pokes, headers — all inside Iran box but a goal still eluded the home side.

The best chance for India came in the 76th minute but substitute Dangmei Grace’s header in front of an open goal was somehow saved by goalkeeper Zohreh Koudaei, who made a remarkable recovery after being beaten.