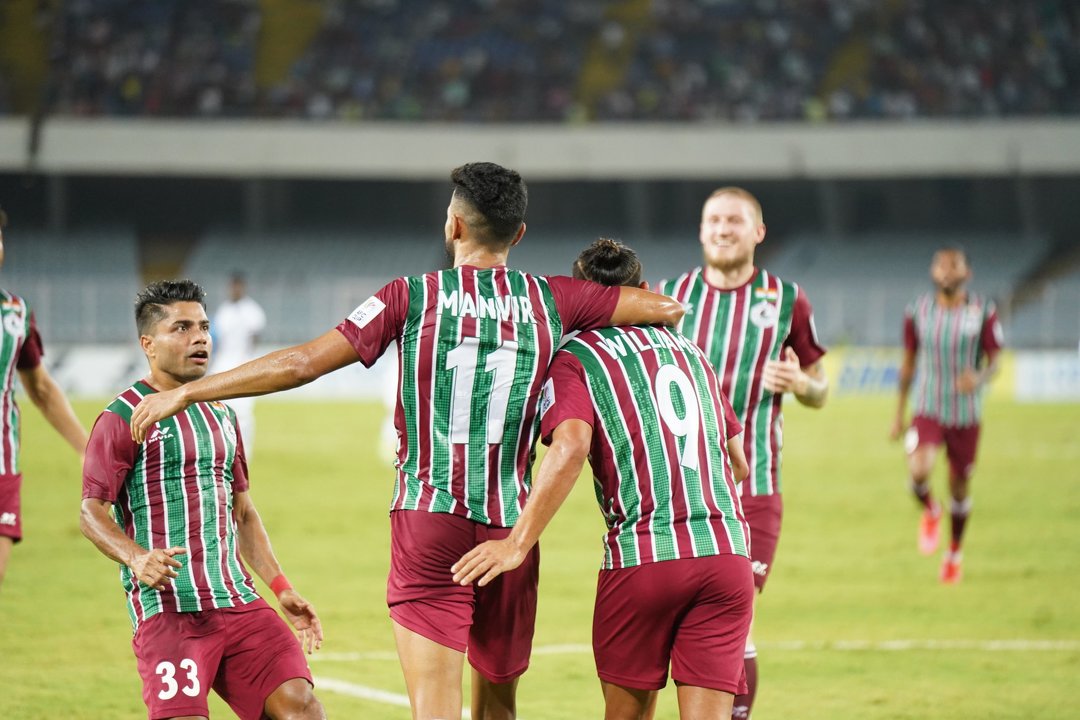 ATK Mohun Bagan made short work of the Sri Lankan super league winner Blue Star SC with a 5-0 win in the preliminary leg of the AFC Cup here at the Salt Lake Stadium on Tuesday.

The win saw ATKMB sail to the play-off stage where it will meet the Bangladesh club, Abahani Dhaka at the same venue on April 19. The winner of the play-off will gain a ticket to the group league stage.

Playing in front of a 25000 strong crowd for the first time after the merger, ATK Mohun Bagan faced a resolute Blue Star, which initially defended staunchly to keep the home attackers from finding the target.

The ATKMB attack found its way through in the 24th minute when Kauko finished an assist from Manvir with a powerful grounder.

This started the goal-fest as Manvir capped a fine solo effort to double the lead in the 29th minute. Kauko added the second goal to his name from a penalty in the 39th minute after the Blue Star defender Prince Boadu had handled the ball inside his box.

Mohun Bagan continued to hold sway after the break but had to wait till the 77th minute to find the fourth goal, which happened in the 77th minute when Manvir set up David Williams with a fine cross and the latter made no mistake with the tap in.

Manvir rounded off the scoring process in the 89th minute when he finished a fine through pass from Hugo Boumous.