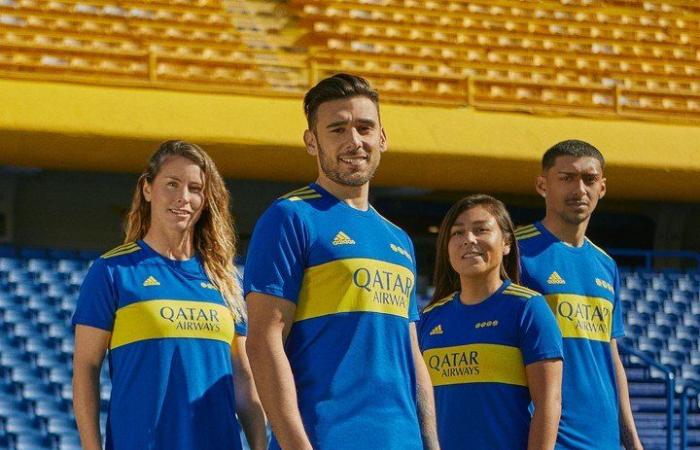 Adidas replaced Nike to become Boca Juniors’ official kit manufacturer last season. In their second season with the junior team, the Three Stripes have really upped their game and style quotient. As far as the new jersey is concerned, Adidas has reworked one of the club’s most legendary looks ever as it was once donned by legendary Diego Armando Maradona back in the 1980s.

The designers replaced the usual club logo with four stars – each star represents a letter of the CABJ acronym (Club Atletico Boca Juniors). It is a homage paid to the shirts designed along the same lines when Maradona was at his peak with the club, especially in the season of 1981.

It was during 1981 that the club won their first title of the decade, The Metropolitano Championship. Back then, the side had the likes of Miguel Brindissi, Oscar Ruggeri and Maradona in full flight.

Barring this chance, Adidas has stuck to using the club’s standard yellow and blue colourways that have been meshed into their traditional chest stripe design. The Three Stripes are running down the shoulders and a crewneck collar, one hope the players would feel inspired to put in their best performances. The original concept of this jersey has been taken from the eighties and 1971 ‘Bocker’ classic ‘jersey.

Such was the craze of Maradona that parents named their kids after the legend. Adidas now wants to give the free replica of Maradona’s former team Boca Juniors jersey to the people born and named “Diego Armando” in 1981. This was the same year when the Argentine won with the Buenos Aires giants.

Maradona enjoyed two short stints with Boca – one at the beginning and the other at the end of his playing career. He passed away following a heart attack on November 25, 2020 aged 60 when he was recovering from a surgery to remove a blood clot in his head.