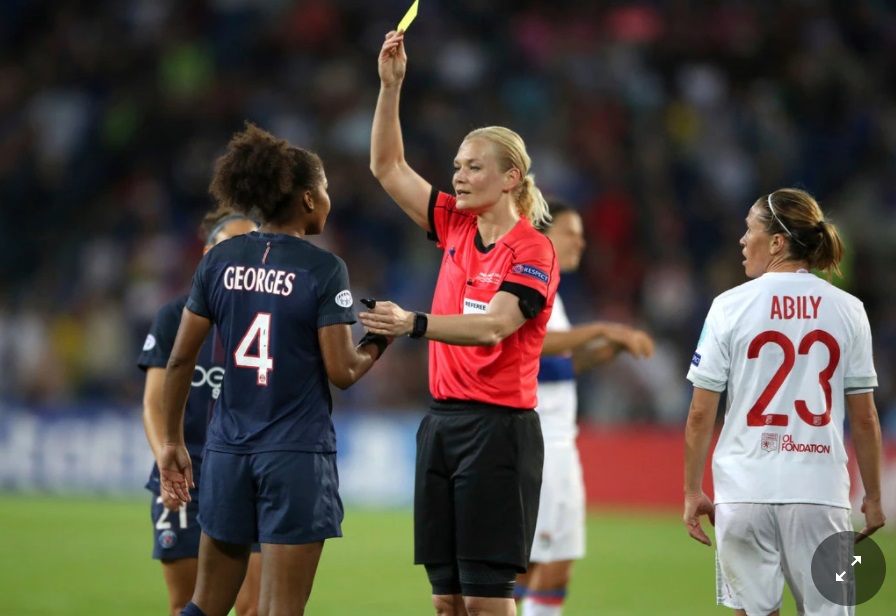 FIFA president Gianni Infantino says a new Women’s Club World Cup is being planned as part of a plan to “revolutionize” the female game.

In an interview with French sports newspaper L’Equipe, Infantino said he was looking forward to the first edition of the already agreed new 24-team men’s Club World Cup but said a women’s version was in the pipeline too.

“My dream is also to see the birth of the very first Women’s Club World Cup. It’s coming very soon. And it will really revolutionize women’s football,” he said.

Such a tournament would allow for the top European teams from UEFA’s Women’s Champions League to face off with clubs from the United States National Women’s Soccer League as well as sides from countries where the women’s game is still developing.

The U.S. women’s national teams is the current world champion and the dominant force in the game. However, top European men’s clubs have invested heavily in their women’s sides in recent years.

Infantino has previously floated the idea of the Women’s World Cup, for national sides, being played every two years rather than the current four-year cycle.

The Club World Cup is being expanded from a relatively low-key tournament involving seven teams, including just one from Europe, to a 24-team event including eight sides from Europe which FIFA hopes will be a major revenue generator, similar to the World Cup itself.

The first version of the new tournament was due to be held in China in June and July this year but was postponed after the COVID-19 pandemic forced the 2020 European Championship to be delayed by 12 months.

FIFA’s current position is that the Club World Cup is an event to be held every four years, but previously there has been talk of it being an annual one.

“What I’m sure is that this new competition will eventually become the best club event in the world, and help develop football on all continents. It will offer a real possibility for clubs from all regions to reach the highest level while giving the big clubs, especially European ones, a unique playing field in which to compete,” he said.

Infantino rejected the idea that another tournament would be too much for the game, given already busy schedules and said that FIFA would distribute all the revenues from the tournament.

Asked about the fall-out from the recent Super League proposal, Infantino said it was time to move on from talk of conflicts and to focus on the game’s financial problems and FIFA’s review of the international match calendar.

“Let’s seriously discuss the introduction of salary caps, caps on transfer fees, or caps on commissions paid to agents. There must be total transparency on these subjects,” he said.

“Let’s also discuss a limitation on the number of players per team, as well as the obligation to have a certain number of locally trained players or the maximum number of matches that the best can play per season.

“Let us also agree on a minimum rest period. These measures would promote the economic stability of the system but also the competitive equilibrium. Finally, let’s discuss the international calendar and the format of the competitions. Less quantity and more quality should be our motto.”