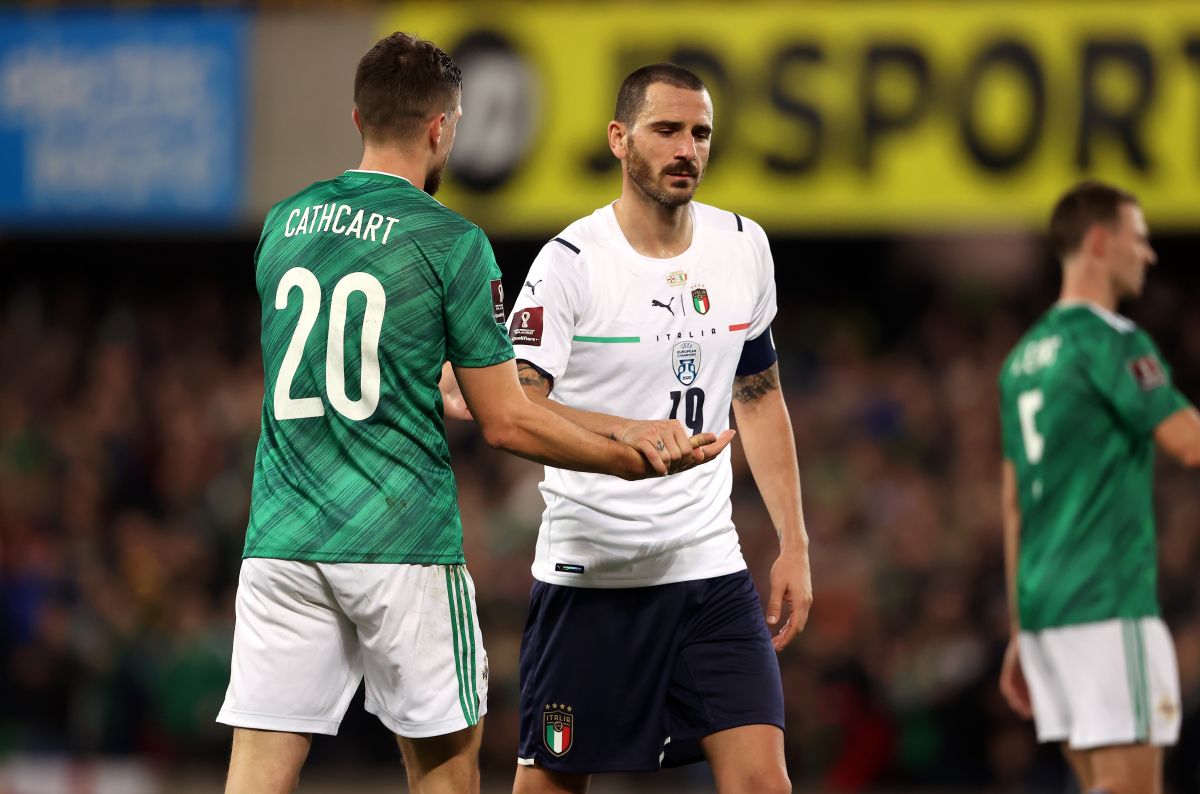 Italy will have to get through the play-offs if they are to return to the World Cup after a goalless draw at Northern Ireland on Monday allowed Switzerland to pip them on the final day of qualifying. Roberto Mancini’s European champions, who started the night top of Group C on goal difference, knew that they needed to match the Swiss’ result against Bulgaria if they wanted to qualify directly for next year’s tournament in Qatar. However their uninspiring stalemate at Windsor Park and Switzerland’s 4-0 win in Lucerne saw Italy give up first place and the group’s sole guaranteed World Cup spot at the last.

That leaves the Azzurri in the November 26 draw for March’s play-offs, from which they famously failed to qualify for the 2018 World Cup after a miserable aggregate defeat to Sweden.

“Right now it is what it is, we struggle to score goals, we always have control of the play… It’s a shame because the group should have been finished before this match,” Mancini told RAI.

However Mancini insisted he was confident his team would be in Qatar despite a series of underwhelming displays in qualifying since winning Euro 2020.

Italy had won their first three games in March but followed that up with four draws and a thumping of minnows Lithuania — missing a penalty in both of their draws with the Swiss.

“We missed two penalties in the two key matches, that means that we had things under our control, but if you don’t create chances you’re going to find yourself in difficulty,” added Mancini

“I have faith, let’s see in March, but we might even win it.”

Mancini, who had to face the final two qualifying fixtures without important players like captain Giorgio Chiellini, first-choice striker Ciro Immobile and key midfielder Marco Verratti, made two changes to the side which drew with the Swiss on Friday, bringing in Domenico Berardi to create a more fluid front three and Sandro Tonali in midfield for Manuel Locatelli.

However an attempt to use Lorenzo Insigne in a mobile “false nine” position failed to create much against a Northern Irish side which, cheered on by a passionate Windsor Park crowd, was content to pack the midfield and ferociously close down space without trying much in attack.

Italy didn’t help their cause by wasting two chances to break in the 37th and 28th minutes, with poor choices of pass leaving those opportunities ending with a weak Insigne shot and Federico Chiesa being flagged offside.

The first truly good chance of the night fell to Northern ireland four minutes after the break, with Gianluigi Donnarumma doing well to keep out George Saville’s well-struck low shot from Jamal Lewis’ low pull back.

By that time Noah Okafor had headed the opener in Lucerne and took the Swiss top of Group C, with Ruben Vargas then adding a second just before the hour mark which also levelled the goal difference between the two teams.

Italy meanwhile were still desperately trying to score the goal which would move them back top, given a reprieve by Mario Gavranovic’s strike for Switzerland being ruled out for offside.

However they kept bumping up against a green and white wall and Cedric Itten’s goal which made it three for the Swiss then left Italy needing to score twice in 15 minutes to reclaim top spot.

There was no fightback, with Leonardo Bonucci even having to clear off the line in the final stages, and Italy were left with the prospect of having to win two play-off matches if they are to return to the summit of the international game next winter.